Comprehensive energy surveys allow Fulcrum to produce a design and implementation plan to fit your needs.

Fulcrum’s team has performed comprehensive energy studies at facilities around the globe. Our survey is a comprehensive assessment of all energy systems. From this we build a scalable and sustainable upgrade plan.

Fulcrum provides a variety of surveys including IGA Level, ASHRAE Level 1,2 and 3 audits. 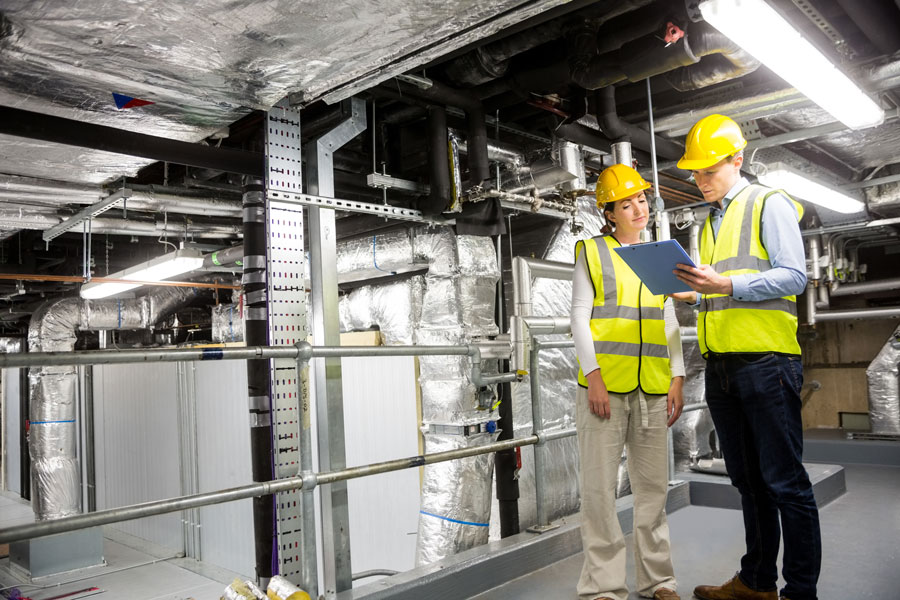 Have a passport will travel!

Jay Benson has built his career on technical expertise, motivation, and mentorship. With more than 20 years of experience, he has a thorough understanding of all phases of a construction project encompassing initial walkthrough, design, and application considerations, as well as designing to make systems future proof. He has experience with multiple energy conservation measures that includes but is not limited to mechanical systems, electrical systems, electrical vehicle charging supply equipment, and bi-polar ionization deployment to mitigate contaminants and airborne disease in the airstream.

As Chief Executive Officer, Jay creates, communicates, and implements the company’s vision and mission. Jay has a hands-on approach, and his primary responsibilities are fulfillment which includes design, engineering, and project management. Jay oversees the project from concept through conception.

Jay strongly believes in earning opportunities, being gracious, and appreciative.

“The first time I saw an aircraft carrier,” says Jay Benson, who grew up in Ohio, “I was landing on it in a mail plane.”

Benson spent six years in the US Navy, during which he served as Nuclear Reactor Operator aboard the USS Nimitz. Benson’s military experience was invaluable to his working philosophy, and it drove home the value of efficiency and sustainability, two watchwords that define Fulcrum Energy. After his Navy service, Benson leveraged his technical training to create more efficient energy infrastructures elsewhere.

He credits his own mentors for instilling in him the understanding that “our biggest competitor is the customer doing nothing.” To that end, Benson’s goal for Fulcrum is “to be a company that is a pleasure to do business with.”

Nick Procko has built his career on his military service, education, and dedication. With close to 10 years of experience in the industry, he has a thorough understanding of all phases of a construction project encompassing initial walkthrough, design, and application considerations, as well as designing to make systems future proof. Nick’s design-build expertise is with projects that include LED with lighting and lighting control systems. He is accustomed to solving complex application challenges as well as designing a variety of control systems from simple occupancy-based controls to sophisticated systems that include dimming, daylight harvesting and integration with Building Automation Systems (BAS).

As President, Nick creates, communicates, and implements the company’s vision and mission. Nick has a hands-on approach, and his primary responsibilities are project acquisition which includes customer relationships, partnerships and all sales and marketing activities.

Nick believes strongly in building relationships through thoughtful consistent interactions. He is a spirited and compassionate leader that empowers and enables the team around him to succeed.

With a family history of military service, Nick Procko was eager to join the US Coast Guard. In addition to the two Master Degrees, he obtained during his military service, Procko served on patrols that interdicted drug boats, traveled the country auditing port safety, and served as a Coast Guard liaison to the National Response Center, most notably during the Deepwater Horizon spill of 2011. There Procko worked with all levels of government and his briefing materials were quoted by the President in efforts to remediate damage by the largest oil spill in U.S. history.

Procko credits his decade in the military with a desire to be of service and has dedicated his career to reducing energy consumption and decreasing operational costs in facilities around the country.

Darcy Gilbert has built her career on dedication, integrity, and value-based business relationships. With more than 25 years of experience in the industry, she has been a driver in developing and growing successful design-build energy solutions organizations. She has a thorough understanding what customers expect and how to deliver a quality project and seamless installation. Darcy’s vast experience provides her with a unique management approach and commitment to exceeding customer expectations.

Darcy Gilbert is praised by her colleagues for her efficiency, sense of humor, and ability to simplify complex issues. Her leadership and project management skills have been lauded by the Environmental Protection Agency and the American Engineering Society, among others.

As General Manager, Darcy is responsible for executing the company’s mission and vision. Her primary responsibilities include day-to-day operational activities, marketing, oversight and management of resources, contract administration, certifications, safety and compliance, and vendor relations.

The leadership team at Fulcrum looks to Darcy for guidance in scaling the company to meet the needs of Fulcrum’s government clients. With Darcy’s acute experience scaling two separate companies, she is well positioned to lead Fulcrum’s immediate growth efforts.

Darcy believes strongly in leading by example and being true to one’s word.